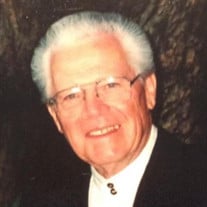 Glen Davy Parker 1930-2021 Glen Davy Parker was born August 11, 1930 in Wills Point, Texas, the son of William Henry Parker and Fannie Nalley Parker. His parents were devout Christians, and he and his 4 siblings enjoyed church life growing up. At 10 years of age, Glen knew the Holy Spirit was dealing with him about salvation, and God used a Missionary lady to encourage him to be saved. He wrote in his Bible later, “I accepted Christ in July 1941, at age 10, at night out back of home after attending Revival services, Hayden Baptist Church in Wills Point, TX. Made public the following night, Rev. Harry Hunt, Pastor. Baptized in Aug. 1941.” Glen sensed the call of God to serve him full-time as a young man. He attended Wills Point High School and went on to North Greenville Junior College of Tigerville, South Carolina. He later attended Southwestern Baptist Theological Seminary in Ft. Worth, TX. Glen was introduced to Lily Grey Threatt in 1948 and they were married on August 8, 1952. They were inseparable, and were known as “Glen and Grey” throughout their lives together. They raised 4 children and lived in the southeastern states. Glen entered full-time ministry in 1954, and they served The Lord in Southern Baptist churches across 5 states, spanning 50+ years. In 2013 they moved to California to join son Steven and his family for the final chapter of their lives. Even at 83 yrs of age, Glen wanted to be involved in church ministry! His heart for The Lord was always constant. His desire was to serve. He would sing “Because He Lives” at the close of each Lord’s Supper at church. After 65 years of a wonderful marriage, Grey graduated to heaven. Glen was her personal caregiver for the last 8 years of her life, and was completely dedicated to love and care for her, whether she was in their home, or at a care facility. He was holding her hand as she went into The Lord’s presence. Their marriage was truly a picture of Christ, and His love for the church. Glen continued on without the love of his life, and eventually moved into his son’s home, where he spent the last 18 months of his life, loving and being loved. There were some great family times together during this time. Glen suffered a stroke in May, and passed away peacefully in the presence of his 3 children on July 26, 2021 at the age of 90. Glen is survived by his 3 children: Daughter Beverly Woodard & husband Mike, of Vernon, TX, daughter Angela Parker & husband Mark, of The Villages, FL, and son Steven Parker & wife Kristi of Santa Maria, CA. He has 13 grandchildren and 7 great-grandchildren. One brother, Ray Parker & wife Agnes of Hughes Springs, TX, 2 sisters-in-law, Sarah Threatt & Cornelia Threatt, both of South Carolina, and numerous nephews and nieces around the United States. He will be remembered for so many things…among them … being a wonderful husband, father, brother and “Pa”. He was a great gardener, small engine mechanic and super handy-man. But most of all was his love for doing the Lord’s work through the ministry of music. Glen’s life verse was Psalm 104:33, “I will sing unto The Lord as long as I live: I will sing praise to my God while I have my being.” He now is singing with his beloved Grey, and all the host of heaven! We miss him greatly already. Viewing: Wednesday, Aug 4th from 6-8 pm @ Lucas Funeral Home. 700 W Wall St Grapevine, TX 76051 Graveside service: Thursday, Aug 5th, 10am. Grapevine Cemetery N Dooley St Grapevine, TX 76051 Memorial service and luncheon to follow: Thursday, Aug 5th, 11am. First Baptist Church of Grapevine 301 E Texas St Grapevine, TX 76051

The family of Glen Davy Parker created this Life Tributes page to make it easy to share your memories.

Send flowers to the Parker family.