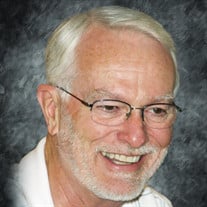 George was born to George Webster Seevers and Jean Taylor Harrison Seevers on August 24th, 1948, in New York City. He died at age 73 on February 1st, 2022. A memorial service will be held at 10:30 on Saturday, February 12th at the First Baptist Church of Keller, Texas. Guests should enter at the north end of the building. A reception will be available after the service for all who would like to greet the family. In lieu of flowers the family requests that donations be made to First Baptist Church in Keller and directed towards the Children’s Music Ministry. The purpose of the service is to honor the Lord Jesus Christ whom George loved and sang and proclaimed to all who would listen. Shortly after he entered the hospital, he told his wife, “If I survive this, I want to sing again.” Therefore, at his memorial service there will be congregational singing. He loved the psalms and believed ardently that they should be sung just as Colossians 3:17 instructed. George entered the US Air Force in 1971 during the Vietnam War, serving as a missile launch officer on a Titan 2 missile crew north of Little Rock, Arkansas. He met his wife Rebecca (Becky) Mundlin at Fairway Baptist Church in Wichita Falls during training. They married five months after they met. George was a graduate of Hillsborough High School in Tampa, Florida, where he grew up. His parents were educators and vocalists, his father having a Masters degree in music and teaching voice lessons. He attended church all his life and sang in choirs when he was young. He was also a graduate of the University of South Florida, having completed his degree just before entering the Air Force. After his discharge from the Air Force, George attended Southwestern Baptist Theological Seminary where he earned a Masters of Divinity degree. George served as an elder of Heritage Baptist Church in Everman for six years and was called to pastor Sovereign Grace Baptist Church in Grayson County where he served for fifteen years. His was a bi-vocational ministry, so he was also employed in the workplace where he developed friendships and endeavored to bring the gospel to others. George was preceded in death by his parents, George and Jean Seevers. He is survived by his sister, Carole Jean Seevers of Tampa, Florida; his wife Becky, his sons Greg and Zack Seevers, his daughter-in-law, Patricia McFadden Seevers, and seven grandchildren: Levi, Wyatt, Shaw, Bowie, Gage, Crockett, and Sadie Seevers.

George was born to George Webster Seevers and Jean Taylor Harrison Seevers on August 24th, 1948, in New York City. He died at age 73 on February 1st, 2022. A memorial service will be held at 10:30 on Saturday, February 12th at the First Baptist... View Obituary & Service Information

The family of George Webster Seevers Jr. created this Life Tributes page to make it easy to share your memories.

Send flowers to the Seevers family.