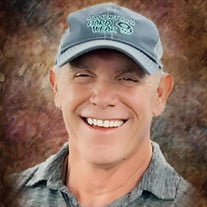 George Edwin Moulton was called home to be with the Lord on November 17, 2021, in Fort Worth, Texas at the age of 67. The world lost a great husband, father, grandpa, and friend. He is loved dearly and will be missed tremendously. George’s story starts on December 21, 1953, the youngest child born to Francis and Johanna Moulton in Kansas City, Missouri. As a kid George was active in sports, including baseball, football and wrestling. He graduated from William Chrisman High School in 1972 and went on to college at Northwest Missouri State. Plans then changed for George and he made the decision to enlist in the Navy. He served in the Navy from 1973 to 1977 and was stationed at NAS Kingsville, Texas. He then went on to obtain a bachelors and master’s degree at Texas A&I University in 1980 and 1982 and became a biology teacher and coach. He touched so many lives while teaching and coaching. George started his teaching and coaching career with Bishop ISD, then went on to be the Athletic director at Riviera ISD. He also taught and coached at Alice ISD, Gregory Portland ISD, Uvalde ISD and retired from White Settlement ISD where he coached at Brewer High School. George was known to many as “Coach”, “Beac” and “Blue #”. After he retired, he went on to work as a personal trainer at LA Fitness, which was his lifelong passion. George loved working out and exercising and taking care of himself, so much so that he competed in several body building competitions in his 30’s and competed in a 50 and over body building competition. He also taught classes at Tarrant County Community College. He had a passion for music, loved to play guitar and sing. He wrote numerous songs. Other hobbies he loved were playing golf, watching football and traveling in his RV. George was getting ready to retire for the second time and travel with his loving wife Irma and dog Beau. George lived his life to the fullest up until the very end. George’s faith in God was enormous. He loved the Lord with all his heart and was a devoted catholic. George completed his Cursillo in September 2011 and was on the Cursillo team. He was also a part of a men’s prayer group. The mountains were one his favorite places to be and he always said he felt closer to God there. His grandchildren were his world! He loved taking them in the RV on trips and on adventures. He was the Best Grandpa! George is preceded in death by his parents, Francis and Johanna Moulton, his stepson Armando Ortiz and his beloved dog Bailey. He is survived by his wife of 29 years Irma Moulton, his children Jennifer Garcia (Juan) of Kingsville, Zachary Moulton of Kingsville, Crystal Alvarez (Angel) of Argyle, Eric Ortiz (Victoria) of Natalia, Corri Ortiz of Corpus Christi, and Daniel Ortiz (Angela) of Corpus Christi. His grandchildren, JT Garcia, Johanna Garcia, Milania Ortiz, MJ Ortiz, Eric Ortiz, Celeste Vasquez, DJ Ortiz, and Gracelyn Ortiz. He is also survived by his sister Linda Jones of Independence, Missouri and his dog Beau and numerous cousins, nieces, nephews and friends. Visitation will be from 6 to 8pm, Sunday, November 28, 2021 at Lucas Funeral Home Chapel, 1601 S. Main, Keller, TX. Rosary will be recited at 7pm Click here to watch the Recording of the Rosary. The funeral mass will be held Monday, November 29, 2021 at 1pm at Holy Family Catholic Church, 6150 Pershing Avenue, Fort Worth, Texas 76107. Graveside service will be on Tuesday, November 30, 2021 at 1pm. Lakeland Hills Memorial Park 4219 Park Road South, Burnet, TX 78611.

George Edwin Moulton was called home to be with the Lord on November 17, 2021, in Fort Worth, Texas at the age of 67. The world lost a great husband, father, grandpa, and friend. He is loved dearly and will be missed tremendously. George&#8217;s... View Obituary & Service Information

The family of George Edwin Moulton created this Life Tributes page to make it easy to share your memories.

George Edwin Moulton was called home to be with the Lord on November...

Send flowers to the Moulton family.