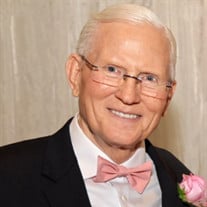 Gary “David” Aycock, beloved father and grandfather, entered fully into the presence of the Lord, surrounded by his children on January 7, 2022. Born on September 14, 1948, to Charles Leland Aycock and Oleta Marie Hollowell Aycock, David grew up in a Christian home centered on loving God and loving family, and those were the two things he held most dear until he died. He loved nothing more than spending time with his children and grandchildren. His greatest desire and joy were to see all of them walking with the Lord. David also truly loved his country. Rather than waiting to be drafted after high school, he volunteered for the Army at the age of 17. After completing basic and Advanced Individual Training at Fort Polk, Louisiana and earning his jump wings at Jump School in Fort Benning, Georgia, David was assigned to the 101st Airborne Division and immediately sent to Vietnam, where he served his first tour of duty. A few months after returning stateside, he volunteered for a second tour of duty in Vietnam. Becoming a recruiter after his second tour in Vietnam, he would go on to serve nearly thirteen years on active duty. David’s service in Vietnam earned him the Bronze Star, two Purple Hearts, and the Combat Infantryman Badge. After a ten-year break in service, he joined the Army National Guard, and served over 6 years, again as a recruiter, before retiring as a Sergeant First Class. David was a proud, handsome, charming, witty, deep thinking and deep feeling soul. He loved deeply, and he made sure that the people closest to him knew it. He especially loved spoiling his best four-legged friend, Moose. He always had a sweet smile and a kind word and very often a good ole dad joke to offer to anyone he came into contact with. But if you knew him very well at all, you most certainly had been asked his favorite question, “How’s your toe?” David is preceded in death by Brenda, his beloved wife of 31 years. He is survived by his children, Kimberly Mote and husband Gordon, Paul Aycock, Keith Aycock, Ashley Bunch, and Mike Miles and wife Jessica; and grandchildren, Samantha Cottrell, Parker Mote, Ashton Mote and Lylah Bunch.

Send flowers to the Aycock family.