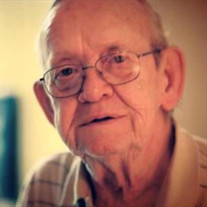 Garvin Lee Beadle, 79, of Fort Worth, Texas peacefully joined the Lord on April 8th, 2021. Born in Mineral Wells, Texas, Garvin was a loving son to Lee and Iva Beadle, and brother to four sisters Georgetta, Juanell, Jo, and Carole. Garvin began his printing career as a high school student at the Mineral Wells Index and went on to work at the Washington Post and Dallas Times Herald before owning his own printing business until his time of retirement. Garvin had three loving daughters who have grown up to have families of their own. Garvin put family first, always, and was a dedicated father and grandfather. Having nine grandchildren, he spent most of his retirement dedicated to spending time with his grandchildren. Garvin has joined his mother, Iva, father, Lee, and sister, Juanell in Heaven and leaves behind 3 daughters, 9 grandchildren, 3 great grandchildren, and 3 sisters. To his family and friends Garvin will be remembered for his great sense of humor, big laugh, love of football as an enthusiastic supporter of the Dallas Cowboys, many fun times with toasted peanut butter sandwiches, honey buns, and Coca Cola, unless you were not acting right and then he was known for his curled lip. We celebrate the life of Garvin and encourage any and all who knew him to remember the beauty he brought to this world.

Send flowers to the Beadle family.