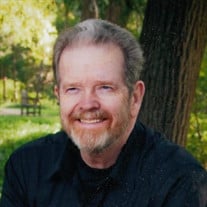 Fred Hulan Meier III was born on August 31, 1947 in Dallas, Texas to the late Grace Love (Peyton) Meier and Fred H. Meier, Jr. He passed into the arms of his Savior on March 26, 2021 at the age of 73 years old. Fred was a graduate of University of Texas at Arlington and belonged to Delta Tau Delta fraternity. He was a member of the Sons of the Republic of Texas. He was a car enthusiast and as a young man in the 1960’s, spent much time at Green Valley Raceway where he liked to drag race and won boxes of trophies. Fred was a patriot and loved his country. He enlisted in the United States Army during Vietnam. He retired from IBM after 39 years of working with the largest computers and ancillary equipment that IBM has ever manufactured. He was “tech savy” and was challenged by taking things apart and rebuilding them. He was a member of First United Methodist Church of Bedford. He was an extremely talented marksman and was an award winning .45 military discipline competitive shooter. He was proud to share that knowledge with his daughters (and many others), by teaching them NRA safety and disciplines. Fred was an active father in his daughters’ lives even making sure they were familiar with automobiles and how to fix issues if they were ever to arise. He was also active in their sporting events and was a supportive band parent at L.D. Bell High School. He adored his family and was a protective, loyal, and loving husband, father, “Pop” or “Poppa”, and Grandpa. He was preceded in death by his parents. He is survived by his wife of over 44 years, Patty Meier of Bedford, Texas; daughters, Jennifer A. Meier Paladino and husband, David of Ypsilanti, Michigan and Erin K. Meier McKenzie of Bedford, Texas; precious grandchildren, Ethan Paladino, James Paladino, Alison Grace McKenzie, and Bennet McKenzie; cousin, Steven Senter of Teague, Texas; multiple extended family members and a host of friends. The family will receive visitors and friends at Lucas Funeral Home on Thursday, April 1, 2021 from 6:00 P.M to 8:00 P.M. Funeral Services will be beginning at 11:30 A.M. on Friday, April 2, 2021 also at Lucas Funeral Home in Hurst with Rev. Geoff Brown officiating. Committal and interment service will follow at 2:00 P.M. at Dallas Fort Worth National Cemetery in Dallas. Please join the celebration of Fred's life at 11:30 A.M., Friday, April 2, 2021 by following the link below. https://video.ibm.com/channel/DURgpAb2EXm

Fred Hulan Meier III was born on August 31, 1947 in Dallas, Texas to the late Grace Love (Peyton) Meier and Fred H. Meier, Jr. He passed into the arms of his Savior on March 26, 2021 at the age of 73 years old. Fred was a graduate of University... View Obituary & Service Information

Send flowers to the Meier family.