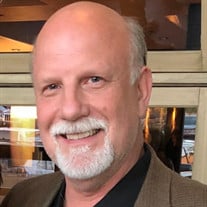 Frank Vincent Roach (Vince to family and friends) was called home to be with his Heavenly Father on Friday, January 22, 2021, after a courageous and hard fought battle with cancer. He was born on October 20,1955, to Frank T. Roach and Doris Whitten Roach in Waco, Texas, having moved with his family to Fort Worth when he was five years old. Vince graduated from Arlington Heights High School in 1974 and from Texas A&M University, where he was a member of the Corps of Cadets Filthy Fifth, in 1978 with a Bachelor of Science Degree in Industrial Distribution. In 1994, he graduated from Dallas Baptist University with a Master of Business Administration in Marketing. Vince was active in the Baptist Churches in which he was a member. He was ordained as a deacon in1991 and throughout the years taught both adult and children Sunday School classes. In 1981, Vince met his wife, Terry, while both were active members of Birchman Baptist Church in Fort Worth, Texas. They were married in 1983. Vince worked in the power utility market for over 40 years, most recently being employed as Regional Sales Manager at Sicame USA. He also had been a Senior Adjunct Professor for Marketing and Management with LeTourneau University. When he was not working, Vince enjoyed watching home improvement shows and would recruit Terry to help him put what he learned to good use by doing projects around the house and also volunteered to help rebuild or repair homes for those in need. He was his family’s Mr. Fix It. Vince was passionate about giving the gift of life and was a regular blood donor since 1981. Vince will be missed dearly by his wife, Terry; daughters, Rebecca Roach and Sarah Cannon; son-in-law, Travis Cannon; his uncle, Archie Whitten (who was like a brother to him), and his wife, Frances Whitten; his cousin, Deidre Johannes (who Vince thought of as the sister he never had); as well as numerous other family and friends. A private Memorial Service is planned for Saturday, February 6th, at 10:30 a.m. The service will be live streamed here:https://video.ibm.com/channel/23814965/video/qev8sy Donations may be made in Vince’s memory to: Texas Baptist Men - www.tbmtx.org in comments enter "in memory of Frank Vincent Roach" Texas A&M University - www.txamfoundation.com select “I would like to give to” Corps of Cadets select “an unlisted account” and manually enter 33266 under comments add “Filthy Fifth Scholarship"

Frank Vincent Roach (Vince to family and friends) was called home to be with his Heavenly Father on Friday, January 22, 2021, after a courageous and hard fought battle with cancer. He was born on October 20,1955, to Frank T. Roach and Doris... View Obituary & Service Information

Frank Vincent Roach (Vince to family and friends) was called...

Send flowers to the Roach family.