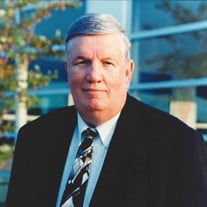 Felton Emory, 79, of Euless, Texas passed away on Monday, May 10, 2021, at Medical City Hospital of a Cerebral Hemorrhage. He was born on June 17, 1941, in Ruston, Louisiana to Willis C and Fronie T Emory. He was raised on a farm in a big white house with a tin roof. They had stables for horses, milked cows, raised turkeys and chickens, drank water from a well and planted and harvested vegetables that they ate and sold. His home was the place for his friends to gather in high school. He played Basketball throughout his high school years at Choudrant High School in Choudrant, Louisiana. One night he was walking home from a basketball game and was going through the bottom in the road and heard a growl in the woods and looked up and saw green eyes in a tree. He took off running and ran about 3 miles till he got home. To this day he swore it was a Panther, but they are not native to Louisiana. You will not ever change his mind. Felton married Carolyn Sue Chatham, on August 26, 1960, in Dubach, Louisiana and he worked his entire life until retirement in sales and sales management. He always set high expectations for himself in the work environment. Through the years, he received many Awards in sales. He was able through his strong work ethic to take his family on many company sponsored trips. Some of the places he lived and worked were in Louisiana, Mississippi, Arkansas, and Texas. He loved to watch Football and his two favorite teams were the New Orleans Saints and Dallas Cowboys. He also loved to go to Texas Rangers Baseball game with his daughter-in-law, Cherie. He loved watching the Dallas Cowboys with his mother and he also enjoyed watching old western movies. Felton was baptized Baptist but his denomination is Non-denominational. He never met a stranger and loved being around people and seeing them smile. He had a loving heart and would give you the shirt off his back. He always got emotional about family when gathered at special occasions. One Thanksgiving, he led the prayer prior to eating our meal. His grand daughters were counting to see how long it would take before he would tear up. Felton was such a strong man and was never afraid to show his true emotions. His son in law, Kent, always said, “He could sell ice to an Eskimo”. One time he sold a Vacuum cleaner to a couple who did not have electricity. He told them to run an extension cord to the neighbor’s house and they did. On one of his first jobs, he backed a milk truck into a ditch and filled it with milk. Felton is survived by his wife, Carolyn Sue Emory; daughter, Lisa McConkey; and son, Mark Emory, wife, Cherie; grandchildren; Kensley McConkey, Karagan McConkey, Chance Emory, fiancée, Shelbi Bickerstaff; great-grandchildren, Greyson and Parker McConkey; siblings, Virginia Riser, husband, John, Billy Emory, Cindy Farrar, husband, Rick, and Dan Emory; numerous nephews, nieces, and cousins; and pets, Little Bit, and Patty Cat. He is predeceased by his partents, Willis C and Fronie T Emory; granddaughter, Skylar Emory; sister-in-law, Sandy Emory; and son-in- law, Kent McConkey. Pallbearers will be Mark Emory, Chance Emory, Kevin Riser, Mike Elee, Bob Riviere, John Citta; and Honorary Pallbearers, Billy Emory, Dan Emory, and Keith Chatham. There will be a reception following the burial. A special thank you to the people of Medical City Hospital staff for their generous care. Matthew 22:37 And he said to him, You shall love the lord your god with all your heart, and with all your soul, and with all your mind.

Felton Emory, 79, of Euless, Texas passed away on Monday, May 10, 2021, at Medical City Hospital of a Cerebral Hemorrhage. He was born on June 17, 1941, in Ruston, Louisiana to Willis C and Fronie T Emory. He was raised on a farm in a big white... View Obituary & Service Information

The family of Felton Emory created this Life Tributes page to make it easy to share your memories.

Felton Emory, 79, of Euless, Texas passed away on Monday, May...

Send flowers to the Emory family.