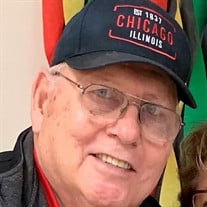 William David Miller was born on December 21st, 1940, in Wichita Falls, TX, to Alice Margaret Beaty and Jesse William “Bing” Miller. He spoke fondly of his childhood years with his brothers and was active in many sports in his youth, including football and baseball. David graduated from Woodrow Wilson High School in Dallas in 1958 and began his college career at Baylor University, having been awarded a football scholarship. He later attended Lamar State University before transferring to Midwestern University in Wichita Falls, Tx, where he earned a Bachelor’s degree in mathematics in 1966. David served in the Marine Corps reserves, being discharged honorably in May of 1967. While finishing his degree at Midwestern University, David met and fell in love with nursing student Tamala Ann Gans. They married in June of 1965 and moved to Ft. Worth, Tx, where David worked for 2 years for Otis Elevator, fulfilling a college-assist obligation. He was trained in computer programming during his subsequent employment at Ling Temco Vought, and eventually began his programming career at Republic Bank of Texas. He retired from Bank of America as a systems analyst and bank Vice President. David and Tam eventually settled in the mid-cities area (living originally in Euless and then relocating to their present residence in Bedford) and had two daughters, Michelle and Bethni. Ever the supportive father and husband, David coached both of his daughters’ soccer teams from the beginning level in elementary school through junior high school, and he was always eager to help with homework (especially math!). When his wife decided to pursue a second career in flute performance/music education, he was her biggest fan and groupie, accompanying her to every performance. He continued his athletic pursuits, playing men’s soccer and baseball, until his double knee replacement surgeries in 2006. He spent the last 13 years doting on his granddaughters, who affectionately call him “D”. There wasn’t a birthday party, dance recital, or pre-K graduation without D in attendance. He always put his family first. David was preceded in death by his parents. He is survived by his wife, Tamala Miller; daughter Michelle Manuel and her husband, Jeff of Bedford, TX; daughter Bethni Lown and her husband, David of Keller, TX; granddaughters Lucy and Harper Lown; brother Homer Miller; brother Buddy Miller; half brother Bing Douglas Miller; half brother Buster Ward; step brother Butch Hightower; and numerous loving family and friends. David was diagnosed with pancreatic cancer in September of 2019, and fought the disease with everything he had, undergoing surgical treatment, chemotherapy and radiation therapy (in the midst of a pandemic!). He succumbed to the illness at home on May 17, 2021, surrounded by his loving family. He was loved by many and will never be forgotten. “To laugh often and much; to win the respect of intelligent people and the affection of children; to earn the appreciation of honest critics and endure the betrayal of false friends; to appreciate beauty; to find the best in others; to leave the world a bit better whether by a healthy child, a garden patch, or a redeemed social condition; to know even one life has breathed easier because you have lived. This is to have succeeded.” -Ralph Waldo Emerson Funeral Services for David will be held Saturday, May 22nd at Lucas Funeral Home Chapel in Grapevine, 700 W. Wall St. You can watch the service via video stream at: https://video.ibm.com/channel/23814965/video/hm4txm; Graveside services will follow at Bluebonnet Hills Memorial Park at 2:30pm. A visitation for friends and family will be Friday, May 21st, 4-6 pm at Lucas Funeral Home grapevine.

William David Miller was born on December 21st, 1940, in Wichita Falls, TX, to Alice Margaret Beaty and Jesse William &#8220;Bing&#8221; Miller. He spoke fondly of his childhood years with his brothers and was active in many sports in his youth,... View Obituary & Service Information

Send flowers to the Miller family.