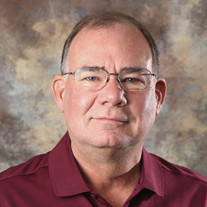 Matt Goodwin, father of three and husband of Lisa Goodwin, passed away on May 18, 2022, He was 63 years old. Matt was born on September 29, 1958 to Helen and Zane Goodwin in Albuquerque, New Mexico, as the youngest of three children. He loved boating, music, and being with his family. Matt attended university at Virginia Tech, where he met many of his lifelong friends and left with a passion for the Virginia Tech football and basketball teams. He loved his time there so much that he stayed for six years, earning his B.S. and M.S. in civil engineering. After graduating, Matt made his way to Texas to begin his career as a civil engineer with the Army Corps of Engineers. Shortly thereafter, he and his future business partner Robby Marshall began designing their future endeavor - a private engineering firm called Goodwin & Marshall. For over 30 years, Matt brought unique engineering skill and business acumen to growing and developing a top-notch firm. His colleagues were like family to him, and he particularly enjoyed mentoring up-and-coming engineers. Matt retired from G&M in 2021 and was pursuing residential and commercial development projects with a new venture, R&P Development. Matt was a loved and respected businessman in the North Texas, Phoenix, Memphis, and Denver communities. Despite his many professional accomplishments, everyone who knew Matt would know that his greatest pride was in his family. In 1987, Matt married the love of his life, Lisa, with whom he spent 34 years of adventure: traveling, going to concerts, supporting the arts and their community, and raising their family. Matt was genuinely proud that he spent his Sundays at church and with his family, and not at the golf course. Matt and Lisa welcomed their first child, Lauren, on September 29, 1988 - Matt's 30th birthday. Lauren is a lot like her dad, and could give him a run for his money on a slalom waterski. Their son Zane followed in 1991, and became a lifelong friend and sporting companion. Their youngest son, Daniel, was born in 1994. Matt was fiercely proud of Dan's garage band 'phase' - still running - and his entrepreneurial spirit - still going strong, too. The Goodwins traveled the world together, and never felt more at home than at the Newport Folk Festival, an annual tradition that emphasizes their shared love of music, lobster rolls, and Dell's frozen lemonade. There was never a scheme to be together - a concert, accomplishment or event - or an individual passion from one of his family members that Matt would not support. He attended every single one of his kids' basketball games, and was politely asked by referees to leave several. He loved sharing pictures of his granddaughter, clips of Lauren's television appearances, or stories of the latest family endeavor. Matt is survived by his wife Lisa and his children Lauren Goodwin and Ryan Brier; Zane Goodwin, Beth Moroney, and their daughter Zoe; and Daniel Goodwin and Olivia Nguyen. He is lovingly remembered by his surviving family, including stepmother Carol Goodwin, brothers Mark Goodwin with his daughter Martha and partner Margaret Cornelius, and Mike Goodwin with Jackie Goodwin and their son Julian; brothers and sisters in law Marge Gehle, Jane and Bill Woods, Sue and Bill Freisthler, Bob and Connie Homan, Donna Bennett, Nancy and Gene Subler, Mike and Joyce Homan, and Grace and Gene Fortkamp; and numerous nieces and nephews, with many of whom he had very close relationships. He is preceded in death by his parents; parents-in-law Alfred and Bernie Homan; brothers in law Keith Gehle, Jim Foote, and John Bennett; and by his nephew Allen Gehle. He is celebrated by his colleagues, friends, and the Good Shepherd Catholic Community. We will celebrate Matt's life with a mass and luncheon at Good Shepherd Catholic Community on Wednesday, June 1, at 10:30am. Mentorship and charitable giving were strong lifelong for Matt. In lieu of flowers, please consider donating to the North Texas Community Foundation by clicking this link: https://northtexascf.org/donate/ and choosing "in memory of Matt Goodwin" in the donation information.

Matt Goodwin, father of three and husband of Lisa Goodwin, passed away on May 18, 2022, He was 63 years old. Matt was born on September 29, 1958 to Helen and Zane Goodwin in Albuquerque, New Mexico, as the youngest of three children. He loved... View Obituary & Service Information

The family of Daniel Matthew Goodwin created this Life Tributes page to make it easy to share your memories.

Send flowers to the Goodwin family.