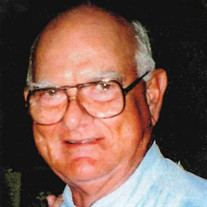 Coach Dan Beckelman passed away on March 1, 2021. He was born on December 22, 1939, in Fort Worth, Texas, the son of Carl Edward and Frances Louise Sidebottom Beckelman of Handley. Growing up in Handley, just outside of Fort Worth, he graduated from Handley High School in 1957, ranked third in his class. In high school, he played basketball, was in the National Honor Society, and was very active in the Boy Scouts, becoming the first boy in Handley to become an Eagle Scout. He grew up in Handley Baptist Church where he was baptized and became a Christian. Wanting to become a Forest Ranger, he worked at Philmont Scout Ranch in the summers for five years as a Boy Scout and went to Colorado State University to study Forestry. However, after two years there, he realized that he had little in common with others in the Foresty program because he neither hunted, fished, nor studied the flora and fauna around him. He decided to come back to Texas and become a teacher. Entering the University of Texas as a Junior, he accidentally took an English Class for English majors where he met his future wife, Irene Schneider, who was studying to be an English teacher. Their mutual goals brought them together, and they were married in 1960. Dan graduated from the University of Texas in 1964 with a B.S. degree in Math/Biology Education major. For the next thirty-eight years Dan was a teacher and coach in the Birdville, Castleberry, and Hurst-Euless-Bedford School Districts. For his achievements in coaching football, basketball, and track, he was inducted into the H-E-B Sports Hall of Fame in 2006. Dan will also be remembered for his dedicated work in the Euless Summer Track Program which he conducted for 10 years, taking many girls and boys to TAAF track meets all over the state. Dan and Irene had two children, Dana Ann and Lee who were the focus of his life, helping them to become excellent athletes and scholars. Dan lost his wife Irene in 2019 and is survived by a granddaughter Cheyenne, the daughter of his deceased daughter Dana Ann, a son Lee and his wife Lelia, and their 3 sons, Blake, Brooks, and Benn, and a brother Tim – who with his family lives in Granbury, and many other relatives, nieces, nephews, and friends. Dan will be buried in Shannon Rose Hill Memorial Park next to the graves of his father, mother, and wife. To stream the funeral service please visit https://vimeo.com/519717965/f14ded9998 on Saturday, March 20, 2021, at 11:00 am. In lieu of flowers, you can make a donation to the HEB ISD Education Foundation at https://interland3.donorperfect.net/weblink/weblink.aspx?name=E167784&id=14 in the name of Dan and Irene Beckleman.

Coach Dan Beckelman passed away on March 1, 2021. He was born on December 22, 1939, in Fort Worth, Texas, the son of Carl Edward and Frances Louise Sidebottom Beckelman of Handley. Growing up in Handley, just outside of Fort Worth, he graduated... View Obituary & Service Information

Send flowers to the Beckelman family.