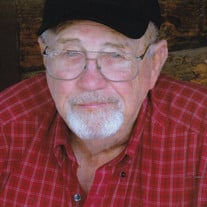 Curtis Nelson Coates was born September 30, 1932 in Kalamazoo, Michigan and died in Fort Worth, Texas on March 21, 2022 after succumbing to a long battle with Parkinson’s Disease. As a young boy, Curtis loved to fish in the creek at his grandparent’s house, hunt in the Michigan woods, and pick blackberries for his mom to make delicious pies. Curtis also took up tap-dancing and was, according to Sally & Susan (his sisters), quite good at it. The Coates family moved south in 1946 and became true Fort Worthians. While Curtis gave up his tap shoes, he discovered his love for baseball. In high school, Curtis played second base for the Poly Parrots and then in college for the SMU Mustangs where he was named to the All-Southwest Conference team. While Curtis certainly loved his SMU Ponies, his true-life love story began on the campus of Texas Christian University in Fort Worth. Although she wasn’t his date that night, Curtis met Fray, a TCU co-ed, through a double date. It was the ultimate case of love at first sight followed by a two-month courtship. He married Fannie Rae “Fray” Smith on July 14,1956, and they soon shipped off to Germany for two years. Curtis served in the US Army’s 64th Tank Division of the 3rd Infantry where he had the auspicious assignment of playing baseball for the military league and traveled throughout Europe. Needless to say, the newlyweds began their journey with a wonderful adventure! And what an adventure it was! Curtis and Fray spent the next 46 years raising a beautiful family in Fort Worth while spending their summers running their family businesses in heavenly Lake City, Colorado. Curtis and Fray owned and operated the Alpine Village resort, Alpine Mini-Golf, and Lake City Shirt Company, as well as several other gift shops in southern Colorado. Curtis and Fray both considered the tiny town their second home and made a score of close friends from all over the US as a result. JoAnn, Cindy, & Marci continue the tradition of spending as much time as possible in this beautiful mountain town with their own families and running the shop and mini-golf. Curtis loved all sports. His wife used to say, “if someone is wearing a jersey, Curtis is going to watch it!” This would include taking his family to almost every local sporting event from TCU, to the Fort Worth Braves professional football games at Farrington Field, to cheering on the Fort Worth Wings hockey team - even when they played all way east on I-30 against the dreaded Dallas Blackhawks. The consummate businessman, Curtis worked alongside his father for many years as a successful manufacturer’s rep for Clausing, Incorporated out of Kalamazoo and continued the family trade, later bringing on his son-in-law, Don, in 1982. Forever the entrepreneur, after retiring from the machine tool business, Curtis and Fray went on the road with Pony Creek, their own line of children’s western wear. They were loved by their customers in many of the small towns throughout Texas and Oklahoma where they enjoyed their time traveling together once again. Curtis followed his SMU ponies, but truly loved TCU sports! For basketball & football alike, he and Fray jaunted around the country to watch their teams play. In fact, the couple had traveled to West Point in NY in 2002 to see TCU play Army when Fray died unexpectedly. Curtis, however, remained the heartbeat of his family and continued he and Fray’s deep commitment to their girls and their grandchildren. “Pooh” rarely missed a pep rally, sporting event, or grandparent’s day for Shannon, Amanda, Katie, Will, or Brady. Continuing the tradition, Curtis made sure that the entire family enjoyed taking trips to watch the Horned Frogs; the Rose Bowl, Fiesta Bowl, and the College World Series in 2011 were just a few of the highlights of the favorite family trips cheering on the Frogs! Curtis was later blessed to have met his companion, Velma Faye Stacey, who lovingly accepted his family-oriented lifestyle and learned to love the color purple!! Velma remained his constant companion over the last 18+ years where they enjoyed cruises, gambling (and winning big) in Shreveport and Las Vegas, TCU sports, and attending weekly dances. While Curtis could be a bit brisk on the outside, all who knew him found him to be a gentle, kind, and generous person with a one of a kind personality! His girls and family will miss him immensely and will be forever grateful to have had him as their father and “Old Handsome Pooh”. Curtis was preceded in death by his wife, Fannie Rae Coates, his-parents, Lloyd and Marcia “Tillie” Coates, and his sister, Joan Joyce Coates. He is survived by daughters, JoAnn Peterson (Don), Cindy Jung, and Marci Brumley (Kirk), grandchildren Shannon Hathaway (Joe), Amanda Jung-Griffin (Jeremy), Katie Senor (Jordan), Will Jung (Amanda), Brady Moore, and Walker Brumley, sisters Sally Harris (Louis), Susan Mars, great-grandchildren Molly Kate & Macy Rae Senor, Ella & Laney Hathaway, companion Velma Stacey, sister-in-law MaryAnn Smith Resch, nieces and nephews JoBeth Peoples (Ronnie), Fran Ostrom (Steve), Jackie Resch (Kyle), Mike Moody (Sharon), LouAnn Stumbo (Paul), Trey Harris (Amy), Andy Harris (CaryBeth), Scott Mars (Lindsey), many great-nieces and great nephews, as well as his honorary daughters, Kay Shelton Beeson, Patsy Andrews Grider, and Stacey Golden Anderson,and many dear friends. His girls would like to thank the wonderful staff at the Stayton at Museum Way for their wonderful care of Curtis during the last months of his life. Celebration of Life, Saturday, March 26, 2022, 3:00 p.m. Lucas Funeral Home, 1321 Precinct Line Road, Hurst, TX 76021. In lieu of flowers, please consider a donation to the Texas Rangers Foundation or Michael J. Fox Foundation for Parkinson’s Research or the Fourteeners Sports Program, Lake City Community School, PO Box 39, 614 N. Silver Street, Lake City, CO 81235 in honor of Curtis N. Coates.

Curtis Nelson Coates was born September 30, 1932 in Kalamazoo, Michigan and died in Fort Worth, Texas on March 21, 2022 after succumbing to a long battle with Parkinson&#8217;s Disease. As a young boy, Curtis loved to fish in the creek at his... View Obituary & Service Information

The family of Curtis Nelson Coates created this Life Tributes page to make it easy to share your memories.

Send flowers to the Coates family.