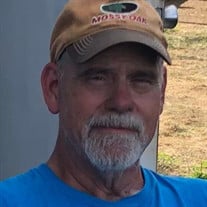 Charles Ray Collins was born February 12th, 1954 in Houston, Texas to Stephen and Margie Collins. He was the youngest of their four children. In college, he was the captain of the Texas State University (formerly Southwest Texas State University) football team his senior year, and was a football letterman who was selected to All-American. After college, he was even drafted to play for the Houston Oilers. Charlie taught high school history and coached football at Conroe High School and Klein High School. He then changed careers and became a superior rated catastrophic adjuster working storms across the country. He absolutely adored his wife, Karen, and his two children, Stephen and Katelyn, and cherished spending time with his stepchildren Katharine and husband Lance, Christopher and wife Keely, and his grandchildren Luke, Emma, Bowie, and Forte. He enjoyed visiting and fixing up his farm in Mart, fishing, camping, building camp fires, teaching a variety of skills, and riding bikes with his grandchildren, and walking his dog, Molly. He is preceded in death by his parents, Stephen Franklin and Margie Moon Collins, and his brothers Ronnie and Keith Collins. He is survived by his adoring wife and college sweetheart, Karen Lee Collins, his son Stephen and wife Lauren, his daughter Katelyn and husband Michael, stepchildren Katharine and husband Lance, Christopher and wife Keely, and his grandchildren Luke, Emma, Bowie and Forte, and his loving dog, Molly. A visitation will be held from 5:00 P.M. to 7:00 P.M., Sunday, August 29, 2021 at Lucas Funeral Home in Hurst. A graveside service will be held at 11:00 A.M., Monday, August 30, 2021 at Kirk Cemetery on FM 339 in Mart, Texas.

The family of Charles Ray Collins created this Life Tributes page to make it easy to share your memories.

Send flowers to the Collins family.