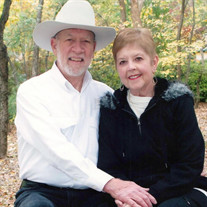 Carol Fan Hoffmeyer passed away on November 4th, 2021 due to complications from her long and courageous fight with cancer in Grapevine, Texas surrounded by family. She was tenacious every second of her life. Carol was born in San Marcos, Texas alongside her two brothers- to Doris and Robert Kreinberg. Carol was always pushing herself to challenge expectations. She received her first RN from Jackson Memorial School of Nursing in 1965 before receiving her BSN from the University of Texas at Tyler in 1988. Carol was a passionate woman and threw herself whole-heartedly into everything she did. During her 77 years of life and 40 years of nursing she accomplished a great deal, and continuously touched everyone around her. She was a member of the nursing honor society Sigma Theta Tau, as well as the Director of Nurses for many hospitals. Her favorite job though was as a school nurse in Balmorhea, Texas where she set up a community clinic and taught science technology to juniors and seniors every period- demonstrating once again how she was at her happiest when caring for those around her. She was a Christmas enthusiast, expert shopper, spitfire-fighter, and an absolute bright light to everyone whose path she crossed. Above all else, Carol was loving. And amongst everything and everyone she loved, nothing meant more to her than family. She is survived by the love of her life and soulmate- Carl Lee Hoffmeyer, as well as her two children- Wendy Bumpass and Robert Hoffmeyer. Carol is also mourned by her four beautiful granddaughters: Adara, Rowan, and Merryn Bumpass, and Hanna Hoffmeyer. Carol demonstrated strength and continued to defy all odds until the very end. She showed us what it means to be unapologetically yourself, and that it is okay to be both tough and kind. Carol was proof of pure bravery, and more than anything else she was and is love. There will be a viewing on Monday, November 8th from 6-8 PM at Lucas Funeral Home, 700 W. Wall St, Grapevine, TX. As well as a memorial and celebration of her life on Tuesday, November 9th at 3 PM at First United Methodist Church of Grapevine, 422 S. Church Street, Grapevine, TX 76051.

Carol Fan Hoffmeyer passed away on November 4th, 2021 due to complications from her long and courageous fight with cancer in Grapevine, Texas surrounded by family. She was tenacious every second of her life. Carol was born in San Marcos, Texas... View Obituary & Service Information

The family of Carol Fan Hoffmeyer created this Life Tributes page to make it easy to share your memories.

Send flowers to the Hoffmeyer family.