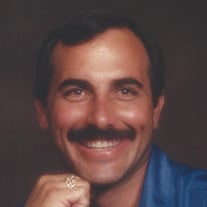 Bruce Gilbert left this earth Monday evening, March 15, 2021, in a devastating car accident. While his family and friends were not ready to let him go, he was never out of God’s loving embrace. There will be a viewing at the Keller Lucas Funeral Home Friday, March 26, 2021 from 5 to 7. Services will be held at the Keller Lucas Funeral Home on Saturday, March 27, 2021 at 2:00 pm followed by a graveside service at Bourland Cemetery in Keller. Bruce was born on May 31, 1957 into a farming family in Haynesville (commonly known as Punkin Center, outside of Electra, TX). He was raised on the land and loved farming. Growing up, he helped with the family farm and cared for hogs, cattle, goats, chickens and dogs. He was always surrounded by a large family and many friends. He loved to laugh, he was always pulling pranks and kidding. He loved to tell stories on himself just to make his family laugh. He was the loudest quiet man. He was never afraid to joke or tell stories, but he never had a bad word to say about anyone. When he was not sure what to say, he would just grin. On July 19, 1980, he married the love of his Life, Beret Anderson of Wichita Falls. Their love was based on God and sealed with laughter. Together they loved to travel, dance, ride rollercoasters, snow ski, water ski, and roller skate. They had 2 daughters, Kandace and Erica. He was a hard worker and always provided for his family. He raised cattle, farmed cotton and wheat, and in 1992 he moved his family to Keller, TX, and he went to school to become an Aircraft Mechanic. Two years later, led by an Angel, Bruce was hired by Southwest Airlines, and was pulled into the family of the LUV Airlines. He worked there for almost 27 years, most of which, as a mechanic. When he was not working, he was with Beret, always together in everything they did. Southwest broadened their opportunity for travel and last year they made it to the last state of visiting all 50 states. Every vacation was always an adventure. He swam with dolphins and turtles in the ocean, walked on a live volcano, searched for all the Paul Bunyan statues in Minnesota, saw ice burgs in Alaska, hiked to the bottom of the Grand Canyon, ate lobster on a dock in Maine, and rode bikes around Mackinac Island and Key West to name a few. He had 3 grandchildren that he delighted in. The youngest of which is 6 months old. Bruce was a kid magnet. All children loved him, and he could always make them laugh. He loved taking his grandchildren camping and on trips and had just talked about being excited to take all 3 on a trip when Calvin was big enough. Bruce was preceded in death by his father, Donnie Gilbert. He is survived by his wife of 41 years, Beret Gilbert; Daughter and Son in Law, Kandace and Josh Beavers of Keller; Daughter and Son in Law, Erica and Ben Poff of Keller; 3 Grandchildren, Emma and Andy Beavers, and Calvin Poff; Mother and Stepfather, LaJuan and Lee Cato of Decatur; Brother and Sister in Law, Bodie and Karol Gilbert of Iowa Park; Sister and Brother in Law, Kristin and Joe Sucich of San Antonio; Nephews and Nieces: Westin Gilbert, his wife Lindsay, Dylan, Matthew and Erin Sucich; and a Grand Niece and Nephew: Jackson and Collins Gilbert.

Bruce Gilbert left this earth Monday evening, March 15, 2021, in a devastating car accident. While his family and friends were not ready to let him go, he was never out of God&#8217;s loving embrace. There will be a viewing at the Keller Lucas... View Obituary & Service Information

The family of Bruce Gilbert created this Life Tributes page to make it easy to share your memories.

Send flowers to the Gilbert family.