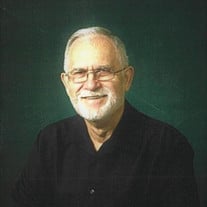 Bob passed away peacefully on Thursday, October 7, 2021, in Fort Worth, Texas. Bob was born July 25, 1943, in Seymour, Texas to Harvey Loyd and Mary (Chris) Christine (Parker) Bohannon, the youngest of three children. The family moved to Fort Worth, Texas in 1957 where Bob attended Arlington Heights High School and was in ROTC. In August 1961, he was drafted into the US Navy as part of the war in Vietnam. In 1962 he married and had two daughters, Tammy Bohannon-Yule and Christy Bohannon. He was transferred to the Navy Reserves in 1965 and discharged from service in 1967. On July 15, 2000 Bob married Joan in Bedford, Texas. They made their home in Newark, Texas and Bob acquired two more daughters, Julie Bell and Danielle Stanutz. Bob and Joan were each other’s soul mates. September 2000, they became members of Chisholm Trail Church in Rhome, Texas where he was an elder. He was very active in their church and served for 21 years. In 2020, he became a member of the Rhome Veterans in Rhome, Texas. Bob was preceded in death by his parents; older brother, Joe Glen Bohannon; niece, Kimberly (Bohannon) Letson; and nephew, Michael Bohannon. He is survived by his wife, Joan Bohannon; daughters, Tammy (Spencer) Bohannon-Yule, Christy Bohannon, Julie (Jason) Bell, and Danielle (Nick) Stanutz; eight grandchildren, Cassie (Ryan) Albertson, Steph (Nolan) Wahl, Clayton Bohannon, Briana Yule, Jordan Evans, Julianna Bell, Jacob and Lucas Stanutz; three great granddaughters, Adalyn and Zoey Albertson, and Ronan Bohannon; sister, Janice Ross; nephew, Terry Edwards; and nieces, Tina Edwards, and Cynthia (Bohannon) Bilhartz. *Surgical masks are required and will be provided at the service. The family is also asking for social distancing during the service and burial. *Donations may be made to http://www.rhomeveterans.org

Bob passed away peacefully on Thursday, October 7, 2021, in Fort Worth, Texas. Bob was born July 25, 1943, in Seymour, Texas to Harvey Loyd and Mary (Chris) Christine (Parker) Bohannon, the youngest of three children. The family moved to... View Obituary & Service Information

The family of Bobby Loyd Bohannon created this Life Tributes page to make it easy to share your memories.

Send flowers to the Bohannon family.