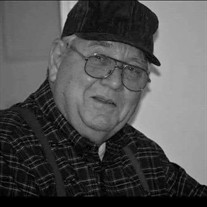 Billy Jack Proctor, 82, a retired Railroad Conductor, died 31 March 2022. He was at his home in Hurst, TX after a well-fought battle with cancer, and surrounded with love by his family. Bill was born December 10, 1939, in his parents’ home in Bridgeport, TX. He attended schools in Bridgeport and Haltom City, TX; he graduated from Amon G. Carter High in 1958. After his graduation that June, he hired on with the Rock Island Railroad. He worked for the Rock Island and with the several rail-lines that ran the former Rock Island, until it was acquired by the Union Pacific. He was employed by Union Pacific until retirement in October 2003. In September 2004, he began working as an independent contractor for A&L Imports, picking up and delivering cars all over the country. He retired from that vocation in December 2010. Billy Jack Proctor and Flora LuRee Conners wed on February 20, 1960, in Bridgeport, TX. After living in Fort Worth for a while, they moved to Hurst in 1963. Bill was a member of Legacy Church of Christ. He was baptized by Merval A. “Doc” Sparks in Tillamook, OR in August 1965. Bill was preceded in death by his parents, Kossie Buckner “Boe” Proctor and Evelyn Ruth [Robinson] Proctor, and his brothers, Jimmie Lee and David Alan Proctor. He is survived by his wife of 62 years, LuRee; daughter Gina Marie Jeffries and husband John; son Richard Andrew Proctor and wife “Loni” Madelon. His loving grandchildren are Joshua Michael Steinhauer; Justin DeForrest Jeffries; Emily Madelon, Abigail Rebekah, Samantha Jayne, and Caroline Billye Proctor. He is also survived by nieces Kala Arguello and Hillary Proctor, and nephew Jason Proctor.

Billy Jack Proctor, 82, a retired Railroad Conductor, died 31 March 2022. He was at his home in Hurst, TX after a well-fought battle with cancer, and surrounded with love by his family. Bill was born December 10, 1939, in his parents&#8217;... View Obituary & Service Information

The family of Billy Jack Proctor created this Life Tributes page to make it easy to share your memories.

Send flowers to the Proctor family.