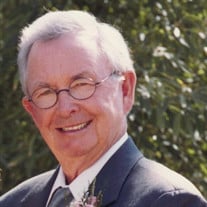 Born July 14, 1931 in Fort Worth, Tx. Passed away on June 14, 2022. When he was only six his mother passed away. His father was an Ironworker and was away a lot. Bill’s oldest brother Harold was 12 and took over raising the rest of the siblings. They were extremely poor and didn’t have sufficient clothing, shoes or food. The neighbors helped them out with food. During the summer he went to live with an aunt in Arkansas. They lived in a log cabin without electricity, water and heat. He graduated from Azle High School and from North Texas State College in 1957 with a Bachelor of Education degree. Bill was a very hard worker. He started working when he was 12 working for an attorney named Slay. Mr. Slay wanted to adopt him and send him to TCU. At 12-13 he took people up a river to find fishing spots. When he was 13 he went to work for Virgal Vogt at Twin Points Camp until he was in high school. One time he raced a boat around the lake in a 75 mile race. He came in 2nd place but when he pulled the boat to shore, the bottom fell out. Bill realized he wanted to better his life. Without a car he hitchhiked to North Texas to go to college. He worked to put himself through college and bought a car. One time while hitchhiking he was picked up by a man who was so impressed with him that he offered him a job at the Dallas Juvenile Home when he graduated. Bill took him up on that offer and worked there for some time. He later worked for Vogt Marine Sales, had a marine store name Bill’s Marine, and owned and operated Cody Air Conditioning in Hurst. He also was a home builder and farmed in Ennis. While attending North Texas he met Billie Cody. They married and had two children, Martin and Susan. Bill joined the Navy Air Force and they moved to Oxnard, California for a few years. While in the Navy he worked in the control tower and sometimes paid someone $5 to take his shift so he could work at Sears and earn some extra money. Bill and Billie lived in Ennis where they had some acreage and raised cattle. Billie passed away in 1996. After she passed away he sold his farm in Ennis and moved to a house on Eagle Mountain Lake they had recently built. He loved living there and driving his boats on the lake. He married Sandra Hamilton in 2001. They lived on Eagle Mountain Lake until 2020 when he could no longer navigate the steps down to the dock. Bill was an ardent lover of Corvettes and had many over the years. In 2001 he and Sandra participated in the Big Bend Open Road Race from Fort Stockton to Sanderson and back for a distance of 118 miles. Highway 285 was closed down for the race. Bill was the driver in a red Corvette and Sandra the navigator. They came in 4th place where the goal was to have an average speed of 100 MPH. He loved going to Colorado and had a couple of homes there, climbed mountains, skied, went jeeping and various activities. Bill was a kind and good man and had a great sense of humor. He helped deliver Meals on Wheels for several years. He was baptized at a young age in Azle. Over the last 25 years he was a member of the Baker Boulevard Church of Christ in Richland Hills. Bill was preceded in death by his wife Billie, parents, Lester Brazil and Ollie Moore; brothers Harold Brazil and Curtis Brazil and a sister Mary Lee Huntsinger. Bill was loved and adored by his wife Sandra, son Martin Brazil and partner Heather, daughter Suzi Agar and husband Bob; stepsons, Scott Hamilton and wife Laurie, Blake Hamilton and partner Ray; stepdaughters, Tracy Malmstrom and husband Dave, and Jeana Cimino and husband Tony. Grandchildren Cody Brazil, Chris Brazil, John Patak, and Lauren Morrison, Step grandchildren, Ryan Hamilton, Morgan Hamilton, Justin Malmstrom, Brandon Malmstrom, Samantha Olson, Peyton Cimino, Preston Cimino, Madison Malmstrom, and Ciara Cimino. He is also survived by 12 great grandchildren and beloved dog Lacy. The Celebration of Life will be June 25 at 10:00 at the Baker Boulevard Church of Christ in Richland Hills. In lieu of flowers the family encourages donations to Meals on Wheels of Tarrant County or to CRF Christian Relief Fund.

Born July 14, 1931 in Fort Worth, Tx. Passed away on June 14, 2022. When he was only six his mother passed away. His father was an Ironworker and was away a lot. Bill&#8217;s oldest brother Harold was 12 and took over raising the rest of... View Obituary & Service Information

The family of Billy Ray Brazil created this Life Tributes page to make it easy to share your memories.