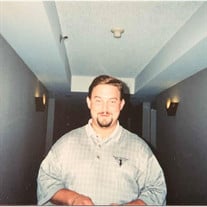 Anthony (Tony) Luther Jones was born September 17, 1966 in Greenville, North Carolina and passed away from cancer on April 13, 2021 at Methodist South Dallas Hospital. Tony is survived by his wife Lisa Jones, their three children Alyssa Handte, Alexandra (Lexi) Jones and Addyson Jones, his parents Gerry and Carmen Jones, his sisters Marya McGuire, husband Chris, Amy Worthington, husband Daniel and numerous nieces, nephews, aunts, and uncles. Tony was a man of many places, growing up in Hockessin, Delaware, Corpus Christi and Houston TX where he graduated from Klein High School. He graduated from Texas A&M with a Bachelor’s of Science in Healthcare Administration and St. Phillips University in Nursing Home Administration. Tony was the Director for a nursing home in West Texas until 1994 when he relocated to Reno, NV. It was in Reno that Tony met the love of his life Lisa. Career opportunities moved the couple to the Woodlands, TX and eventually the DFW area where they were raising their family in Trophy Club, TX. Tony was an accomplished golfer and passed his love for the sport to Alyssa and Addyson. Tony also played lacrosse at Texas A&M and began coaching Lexi in the sport where she became a fierce competitor. Tony was known for his cooking, love of music and cheering on Texas A&M football and a lifelong fan of the Dallas Cowboys. His children will remember him as a kind, loving father who encouraged them to pursue their goals. Tony was a supportive friend and father. He gave balanced advice and always supported other opinions. Tony was a friend to all and was always there for his friends with a kind word, helping hand, and a big hug! Tony was a good man that will be missed. A celebration of life will be held Friday April 23, 2021 at 3:00 p.m. at Trophy Club Country Club, 500 Trophy Club Dr., Trophy Club, TX 76262 with a reception to follow. The family would like to thank the nurses at Methodist Hospital for the care and dedication they took in caring for Tony in his last days.

The family of Anthony Luther Jones created this Life Tributes page to make it easy to share your memories.

Send flowers to the Jones family.